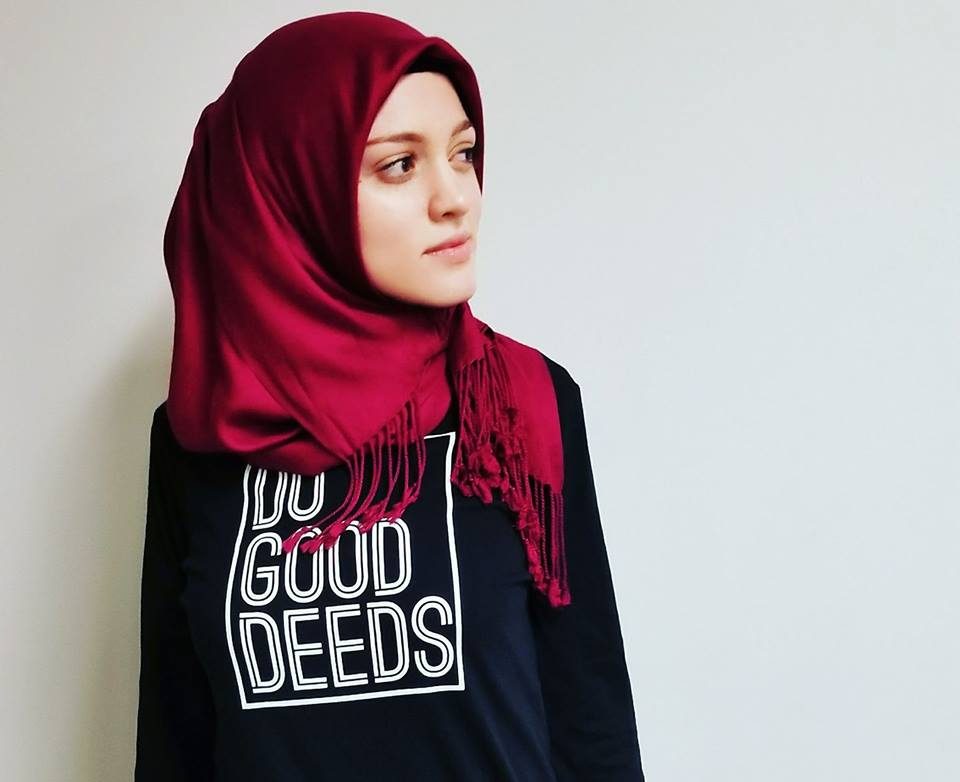 Amal has performed in 10 countries and over 100 cities, from youth prisons to orphanages to refugee camps. Her work in the community involves humanitarian initiatives for Syria, speaking out and organizing against Islamophobia, and empowering the voice of the marginalized through writing & speaking.

Amal was born and raised in Denver, Colorado to a German-Iowan Mother and Syrian Father. Two seemingly opposing worlds combined to grant Amal her lived experience. She spent years on her grandmother’s farm in Syria and enjoyed the sweetness of fresh parsley and ripe lemons. Her grandmother taught them the secret recipes that stay highlighted on their restaurant’s dinner menu.

This was long before any war or conflict. Amal enjoyed the company of her cousins, aunts, and uncles through each visit. Thirty-one of whom are no longer with us due to airstrikes, chemical attacks, explosions, and sheer chaos.

The landscape which she knew all too well, flattened by the heaping rubble of broken buildings. Trapped underneath were cousins that Amal spent the summers with. She watched from a distance, on screens, and video messages – as the number of casualties and murders grew bigger.

At home, in Denver, Amal designed her own undergraduate degree called ‘Community Programming in Social Psychology’. She argues that nothing can change without the solidarity of community; A notion that led her into the undefined territory of social justice activism. A realm where public opinion has the power to change public policy. Nationwide, Amal organizes vigils, demonstrations, and fundraisers for victims, refugees, and under-served populations. She uses her voice to speak up for those who had been silenced due to language barriers or lack of representation.

Her fiery spoken word poetry and story-telling activism is the result of her lived experience. The sadness, frustration seeps through every single word. The urgency to act now boldly resounds in her voice. But she never walks away without giving you a sense of her name. Her name, Amal, which means “Hope” in Arabic. The hope that we will live to see a better world : one that doesn’t hate people seeking asylum, discriminate over race, religion or gender – or look the other way when seeing police brutality in the streets.  As citizens of the globally connected world, we need to be armed with information more than ever. It’s at our fingertips.

Amal is a major proponent in education and building individual agency in particularly under-served and vulnerable populations. She hopes to take part in the global effort for literacy in war-struck areas and refugee camps through writing. She is an international spoken word poet, having performed in 10 countries and over 100 cities. She has conducted workshops, given lectures, and recited her poetry in venues ranging from youth prisons, to orphanages to refugee camps to universities to churches to community spaces for the public.

Audiences that are always waiting for a chance to host her again.

Amal Kassir lived in Syria for many years. She says her time there helped her understand the people’s suffering while the freedoms she has in America allowed her to become an activist on their behalf. She performs slam poetry at festivals and political rallies around the U.S., like her past performance of “My Grandmother’s Farm” at the University of Colorado Denver.

The Muslim on the Airplane: TEDx Talk

Watching the news, it seems like ethnic divides are ever-deepening. But how can we solve these complicated problems when each side lives in fear of the other? The answer is simple, argues Syrian-American poet Amal Kassir – it starts with, “What’s your name?”

Amal’s TEDx Talk has been viewed over 3 million times.

Minorities, Youth, and People of Color are often deprived of a seat at the table. A table where their fate is being decided without them.  Sometimes, a seat is offered – to discuss the future, make plans, take photos for the media. How does a young activist respond to the rare invitation to sit down?

Amal performs her latest poem, “At The Table” during the Opening Plenary at Service Unites in June 2018.