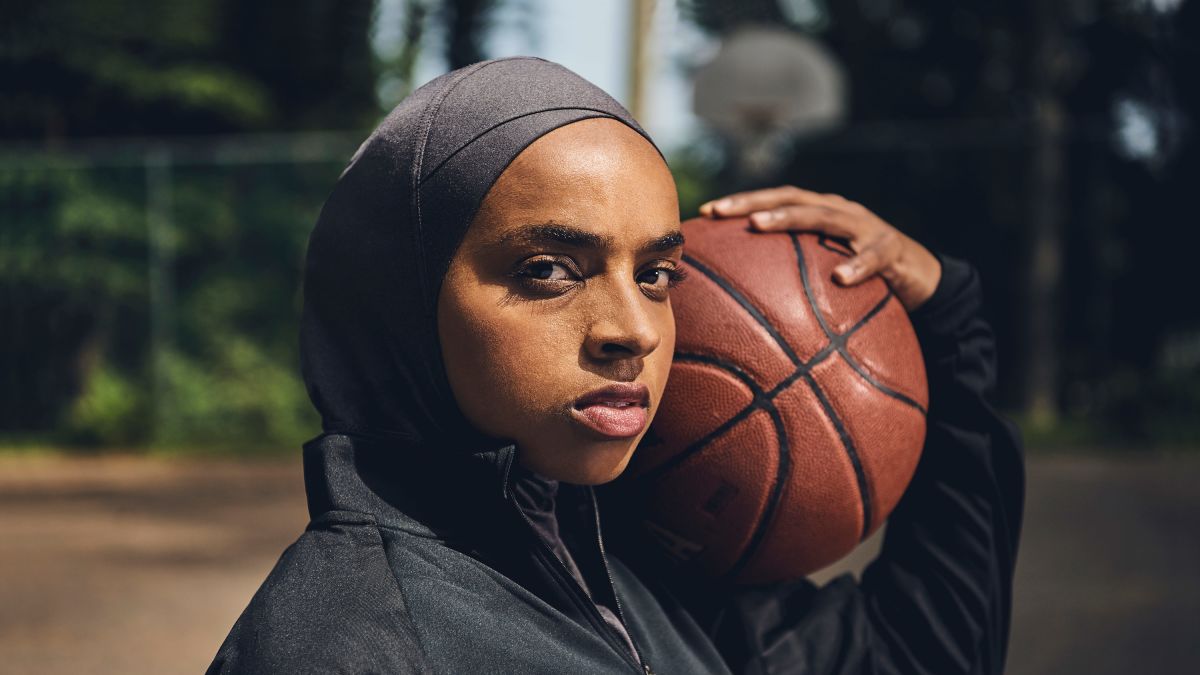 Bilqis Abdul-Qaadir is a trailblazer in the world of Islamic education and women’s rights. She is the first Muslim woman to play NCAA Division I basketball while wearing a hijab, making her an inspiration to people of all ages. Bilqis has spoken and share her personal story on national stages such as The White House and The United Nations, also featured in multiple publications and broadcasted on TV shows.

Bilqis Abdul-Qaadir is a trailblazer in the world of Islamic education and women’s rights. She is the first Muslim woman to play NCAA Division I basketball while wearing a hijab, making her an inspiration to people of all ages. Bilqis has spoken and share her personal story on national stages such as The White House and The United Nations, also featured in multiple publications and broadcasted on TV shows.

Throughout her career as a basketball player and later on as a public speaker and activist, Bilqis has always been vocal about the importance of representation, being a positive role model, and paving the way for the next generation of Muslim women athletes. She has dedicated her time to empower and inspire young girls and women to reach their full potential and overcome any barriers that may stand in their way.

Nowadays, Bilqis continues to be an advocate for diversity and inclusion in sports, and has been actively working on increasing access to sports for Muslim girls and women. She is also a motivational speaker that encourage young girls and woman to pursue their dreams, tackle obstacles, and make history in any field they choose to pursue.

We Belong in All Spaces: The Importance of Diversity

With a range of topics available, Bilqis Abdul-Qaadir can tailor her message to suit your specific audience and needs. Whether you’re interested in motivational speeches, workshops on leadership development, or discussions on the intersection of Islam and sports, Bilqis Abdul-Qaadir has the knowledge and experience to deliver a thought-provoking and impactful program.

Don’t miss out on the opportunity to hear from this powerful and inspiring speaker. Book Bilqis Abdul-Qaadir for your next event today and be prepared to be inspired!

Bilqis and the Hijab Ban Movement

From a young age, Bilqis Abdul-Qaadir knew she wanted basketball to be a part of her life. After first picking up a ball at the age of four at a local YMCA, Bilqis’ love for the game began. Living in a practicing Muslim household, Bilqis was to follow her religious beliefs as she grew older. She began wearing a hijab, a traditional head covering for Muslim women, and practiced modesty on the court by covering all skin except her hands.

She became a standout at New Leadership Charter School in Springfield, Mass. where she excelled on the court and in the classroom. As class valedictorian, Bilqis also set the Massachusetts state record for both boys and girls, with 3,070 points scored – breaking Connecticut and WNBA star Rebecca Lobo’s previous state record of 2,740. She was also named the state’s 2009 Gatorade Player of the Year and a McDonald’s All-American nominee.

In 2011, Bilqis was awarded the United States Basketball Writers Association “Most Courageous” award at the NCAA Women’s Final Four in recognition as the first Muslim woman to play covered in NCAA history.

Bilqis battled through a torn ACL during her freshman season and wrapped up her time as a Tiger in 2013. Using her extra year of NCAA eligibility, Bilqis transferred to Indiana State where she led the Sycamores to a Missouri Valley Conference title on her way to becoming the league’s Newcomer of the Year. She ranks 10th all-time in a single season for points scored (454), was also named First Team All-MVC, Second Team Scholar Athlete and earned a combined seven conference Player, Newcomer and Scholar Athlete of the Week awards.

Her goal was to continue playing professionally in Europe, but quickly ended due to the International Basketball Federation (FIBA) rule prohibiting head gear larger than five inches. Unwilling to stray in her beliefs, Bilqis chose faith over basketball and became an advocate working alongside other Muslim players who began a Change.org petition and with Shirzanan Media and Advocacy Organization as an Athlete Ambassador. Through an op-ed published by TIME, an open letter signed by Olympic, retired and professional athletes, high-level speaking engagements and interviews with BBC Sport – and their 55 million strong audience, Bilqis raised her voice for the next generation while putting her own dream was benched. Both a full-length documentary film “Life Without Basketball” and a 14-minute activist film entitled “FIBA Allow Hijab” have been developed by Pixela Pictura to share Bilqis’ story.

She has started an online campaign called “Muslim Girls Hoop Too” to raise awareness for Muslim women in sports with emphasis on female basketball players. Through her campaign, Bilqis was once again invited to the White House in March 2015 for the Muslim Leaders Meeting as one of 15 representatives that met with President Obama and his senior officials. That experience led her to an invitation to the 2015 White House Easter Egg Roll where she was able to raise awareness for physical activity under the First Lady’s “Let’s Move” campaign.

In May 2017, FIBA overturned the hijab ban. Bilqis has not decided if she will revive her dream to play professionally, but she will continue to advocate for the human right to sport.