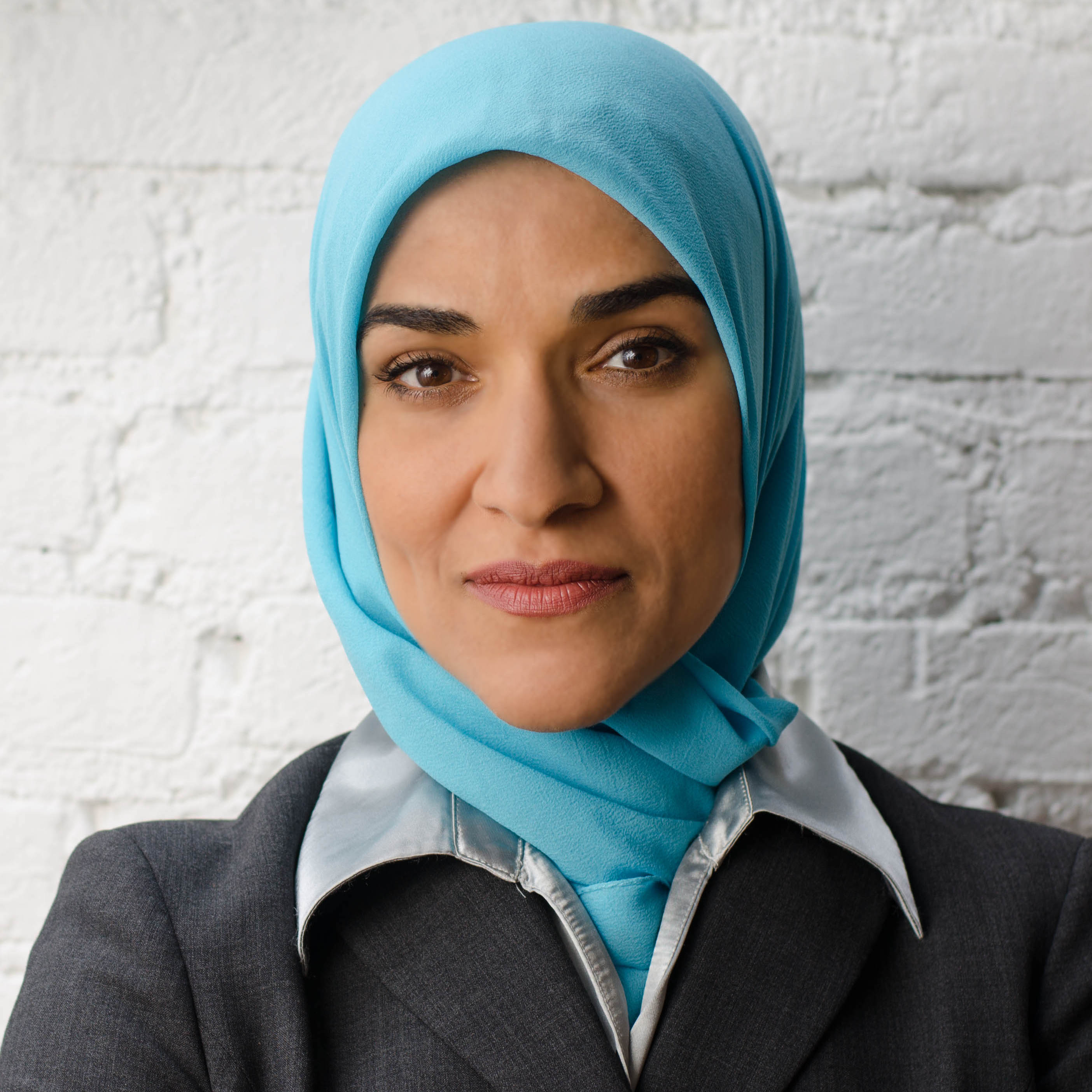 Dalia Mogahed has been the voice for American Muslims on major media outlets such as MSNBC, PBS, Aljazeera, and The Daily Show with Trevor Noah. CNN named her one of the 25 Most Influential Muslim Americans in 2018. Millions watched her TED Talk “What its like to be Muslim in America.”  She served on Obama’s Advisory Council on Faith-Based and Neighborhood Partnerships in 2009, advising the president on how faith-based organizations can help government solve persistent social problems.

Invite Dalia for your next keynote!

Dalia Mogahed is a researcher, pollster, author, advisor and consultant who studies Muslim communities. As director of research at the Institute for Social Policy and Understanding, Dalia Mogahed keeps her finger on the pulse of the Muslim world. She served on Obama’s Advisory Council on Faith-Based and Neighborhood Partnerships in 2009, advising the president on how faith-based organizations can help government solve persistent social problems.

Mogahed is former Executive Director of the Gallup Center for Muslim Studies, a non-partisan research center that provided data and analysis to reflect the views of Muslims all over the world. She and John Esposito co-authored the book Who Speaks For Islam?: What a Billion Muslims Really Think, based on 6 years of research and more than 50,000 interviews representing Muslims in more than 35 predominantly Muslim countries. Accounting for more than 90% of the world’s Muslim community, this poll is the largest, most comprehensive study of its kind.

Mogahed later appeared as a commentator in the award-winning, PBS-broadcast documentary Inside Islam: What a Billion Muslims Really Think (2010), which was based on her and Esposito’s book and produced by Unity Productions Foundation.

When you look at Muslim scholar Dalia Mogahed, what do you see: A woman of faith? A scholar, a mom, a sister? Or an oppressed, brainwashed, potential terrorist? In this personal, powerful talk, Mogahed asks us, in this polarizing time, to fight negative perceptions of her faith in the media — and to choose empathy over prejudice.

Dalia Mogahed appears on the Daily Show with Trevor Noah and talks about Understanding American Muslims and The Media’s Coverage of Muslims.

Dalia Mogahed shares surprising data on Egyptian people’s attitudes and hopes before the Arab Spring — with a special focus on the role of women in sparking change.