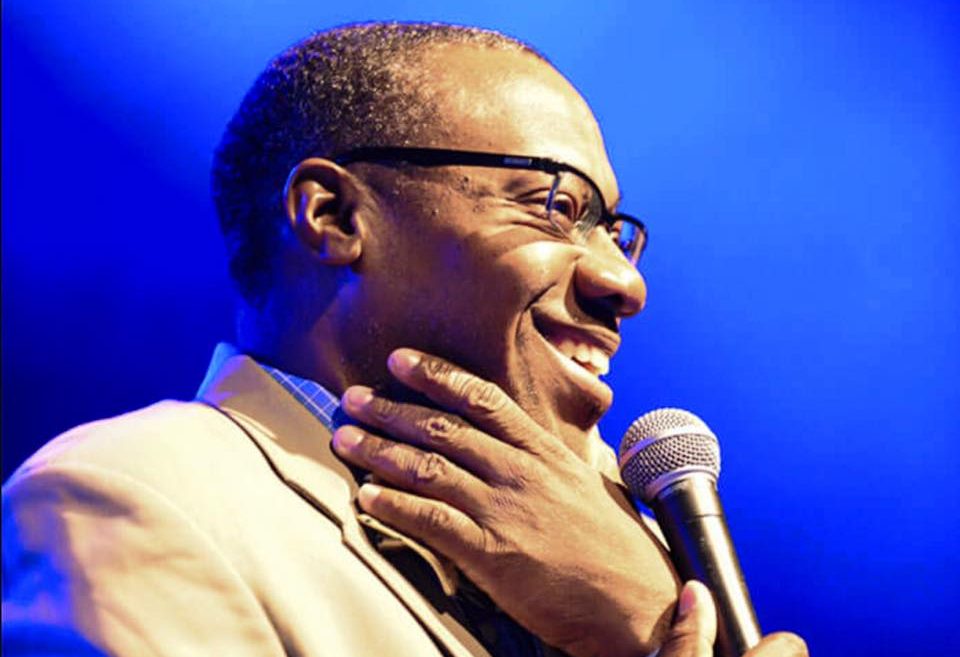 Preacher Moss is an all-star comedian and educator. His “End of Racism” Comedy and Lecture tour was voted Best Diversity Act – and rightfully so. His experiences as a comedian, writer, lecturer, Muslim, African-American, and poor righteous teacher are the sum of all his parts.

His “End of Racism” Comedy and Lecture tour was voted “Best Diversity Act” on college campuses, and is recognized as an industry standard for being a tough, honest, and brilliantly funny voice on the conversation of race, diversity, and understanding in the world.

His unique lecture style has been described as “smooth, intelligent, and thought provoking”, as his “seriously funny” message simultaneously occupies two spaces of laughter and intellectual engagement at the same time. Making you laugh and reflect, Moss is a master thinker, craftsman, and storyteller. His comedy is a reminder of the old school art of “comedy as protest, and enlightenment.”

Engagement is undeniable. Known as the founder of “Allah Made Me Funny”- The Official Muslim Comedy Tour, Preacher Moss is recognized as the “poor righteous teacher” from his days as a veteran performer coming up in the comedy industry, and college lecture circuit. Allah Made Me Funny toured 30 U.S. cities during its first year, and also in Canada, Europe, Malaysia, Australia, New Zealand, and the Middle East.

As writer for Hollywood heavyweights like Damon Wayans, George Lopez, and Darrell Hammond on Saturday Night Live, Preacher Moss had proven his value across many levels of stand-up, activism, and community empowerment.

His experiences as a comedian, writer, lecturer, Muslim, African-American, and poor righteous teacher are the sum of all his parts. Ultimately he is the storyteller on the corner that shares the good news, and sometimes the bad, but always with sincerity. He is a comedian of the times. So park yourself on the corner of laugh and think. Share a little time with the comedic stylings of your brother, The Mighty Preacher Moss.

Almost 20 years in the making, “End of Racism” has toured hundreds of national college campuses and high schools. Preacher Moss can be found performing, teaching, and discussing poverty, racism, multiculturalism, civil rights, and critical race theory throughout a ninety minute engagement . This show has been consistently rated best diversity act for its unique take on discussing the heavy topics that still echo nationwide today. Engagement is undeniable in this set that is much more than a comedy show, it’s thought-provoking message of unity and diversity. Through laughter, respect and the humility of a man who has felt the sting of racism, Preacher Moss delivers the goods on how people see race.

IslamNOphobia is a self-contained tour-de-force on the never-ending struggle for Islamic self-expression, self-identity, and self-validation in the current political climate of Anti-Muslim sentiment. Preach stands front and center letting the world know that the buck stops here. He does it with an uncompromising honesty, delivered with drop-dead funny insights of being a 30-plus year Muslim convert. Part corner store philosopher, part teacher, all Muslim, and all Black man, Moss presents a picture book of society’s inabilities to recognize love, and freedom as the building blocks of true democracy. The “Original Gangster of Muslim Comedy” stands, delivers, and deconstructs the ideology of Islamophobia, and bold reclaims it in his visual picture of “IslamNOphobia.” Summoning all the tools in a master class of “art as protest” Moss delivers on the “serious and funny” concept of a reclaiming the Muslim truth as we know and respect it. Join the movement #IslamNoPhobia.

“Understanding diversity and multiculturalism requires that we eliminate or reduce the anxiety of our ignorance and how to speak honestly when we can’t.” -Preacher Moss

Best Diversity Act – Association for the Promotion of Campus Activities 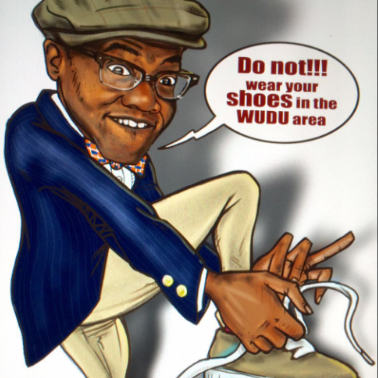 Born Bryant Moss in Washington, D.C., United States to African American parents, Clifford Moss and Mary Moss. He began practicing comedy at the age of seven, when he earned the nickname “Preacher” for his imitations of the pastor at his family’s church. He was brought up as a Christian in a Maryland suburb and was sent to a local military academy for his schooling. In 1988, at the age of 20, he converted to Islam. In this set, Preach accounts some of the most hilarious circumstances surrounding his conversion.