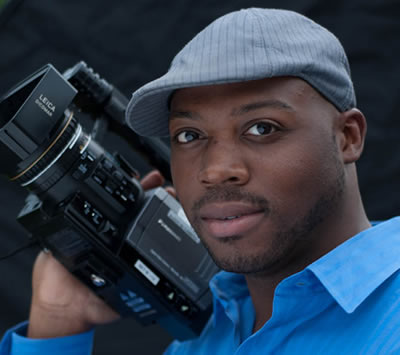 Sultan speaks on the experiences of inner-city black Muslims, The portrayal of minorities in the media, and does a film screening and discussion of his movie “Bilal’s Stand”.

After premiering his directorial debut film, Bilal’s Stand, at top film festivals around the country including the Sundance Film Festival, MOMA New Directors, New Films, and the Seattle Film Festival, Sharrief was selected as one of the 2010 Top 25 New Faces in Independent Film. He seeks to develop socially relevant content while empowering youth through the process of filmmaking.

Beginning at the young age of 12, he produced The Spiral Project, a 35mm feature film nominated for a 2006 MTV Movie Award. Sharrief was also the Associate Producer of “Moozlum” in 2011 and Co-Producer of Destined which was shot in fall 2014 in Detroit.

In addition to working as a filmmaker, Sharrief is committed to education and community organizing. He is the Co-Artistic Director of Cinetopia International Film Festival and Founder/Curator of Detroit Voices shorts program. He also sits on the board of the Michigan Theater, a historic art house in Ann Arbor, Michigan. He recently also joined the Whitestone Foundation Advisory Board, and the Family and Youth Institute.

He is a motivational speaker and tours the country with his “Cut the Bank” program which talks about how race, class, and religion play out in the entertainment industry. He is also a visiting instructor at the University of Michigan Screen Arts and Cultures department where he teaches a class on race and social justice in indie filmmaking.

Sharrief is also a mentor with the Sundance Institute’s IGNITE program.

Most recently, Sharrief as accepted as one of only 8 national finalists for 2015 National Black Programming Consortium’s TV producing program and received funding for his youth reality show, “Street Cred” which was shot in Detroit in 2016, and air on PBS in 2017.